Their Fair Share: Food Production and Consumption in America

In recent years, we’ve become increasingly conscious about the food we eat. While many of us know the ins and outs of organic produce and hormone-free dairy products, we tend to be less informed about the amount of food produced in this country, and more specifically, which states are net producers versus net consumers. In the maps below, we explore a range of data points to shed light on America’s relationship with food. 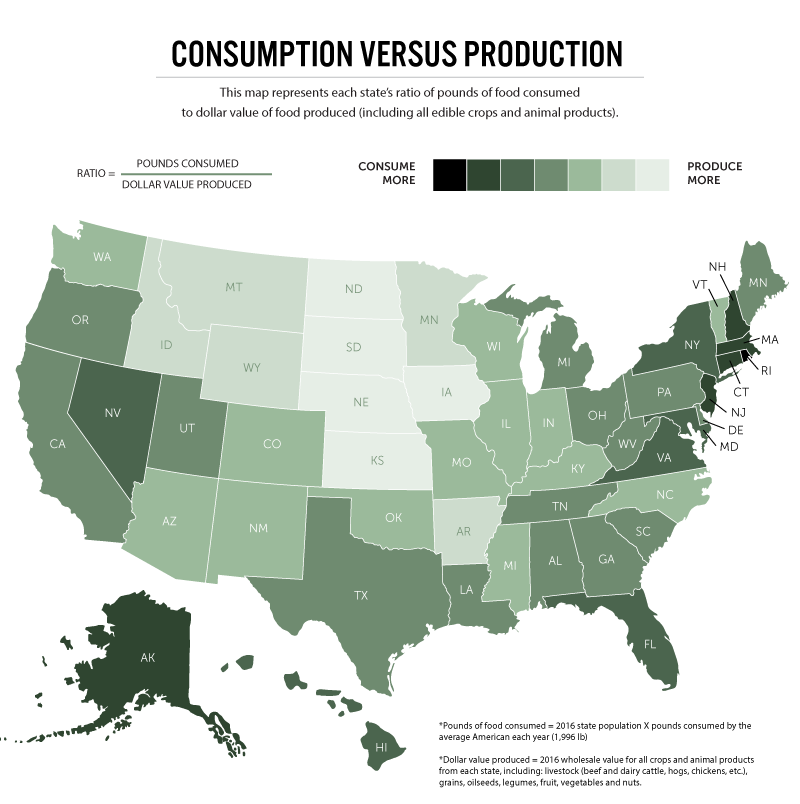 When analyzing the ratios of pounds produced to pounds consumed, we find states on opposite sides of the spectrum. Kansas, Nebraska, Iowa, South Dakota and North Dakota are among the states that produce a lot more than they consume, while residents of Alaska, New Jersey, Connecticut, Rhode Island, Massachusetts and New Hampshire would all go hungry if they had to subsist only on what’s produced in their home states.

The biggest exporters of food from the United States are Louisiana, Illinois, Arkansas, Indiana and California. Also noteworthy, we import an estimated 15 percent of our entire food supply. That includes 50 percent of the fresh fruits we consume, 20 percent of fresh vegetables, and 80 percent of seafood. 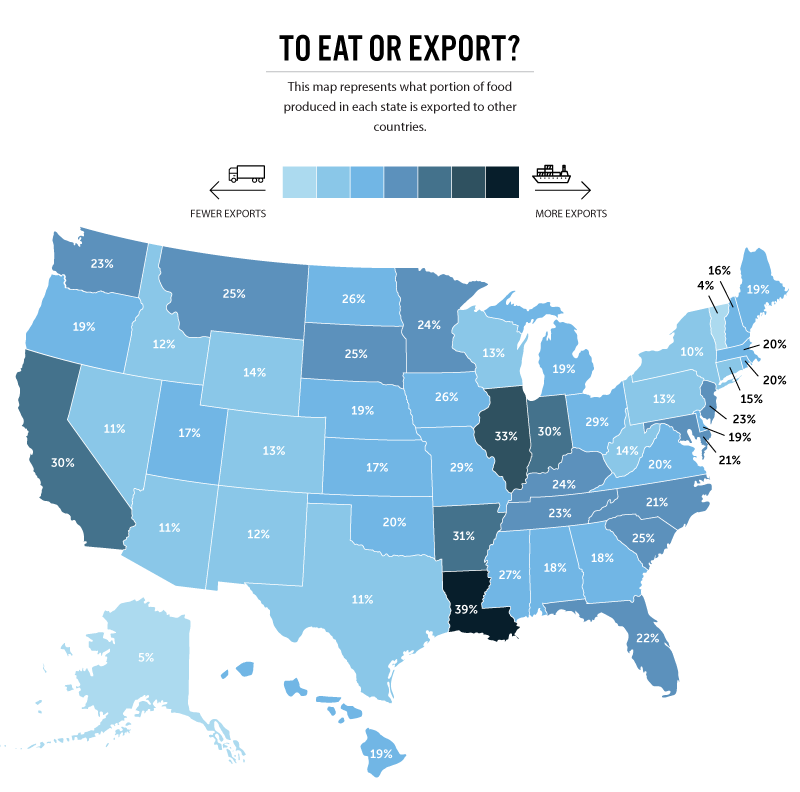 As part of our analysis, we also established the top edible product produced in each state, based on gross monetary value. Beef and poultry/eggs dominate the country, while dairy and corn are also very prominent. Less common products include apples in Washington, soybeans in Louisiana, Missouri and Ohio, blueberries in New Jersey, cranberries in Massachusetts, potatoes in Maine, and aquaculture in Alaska and Hawaii. 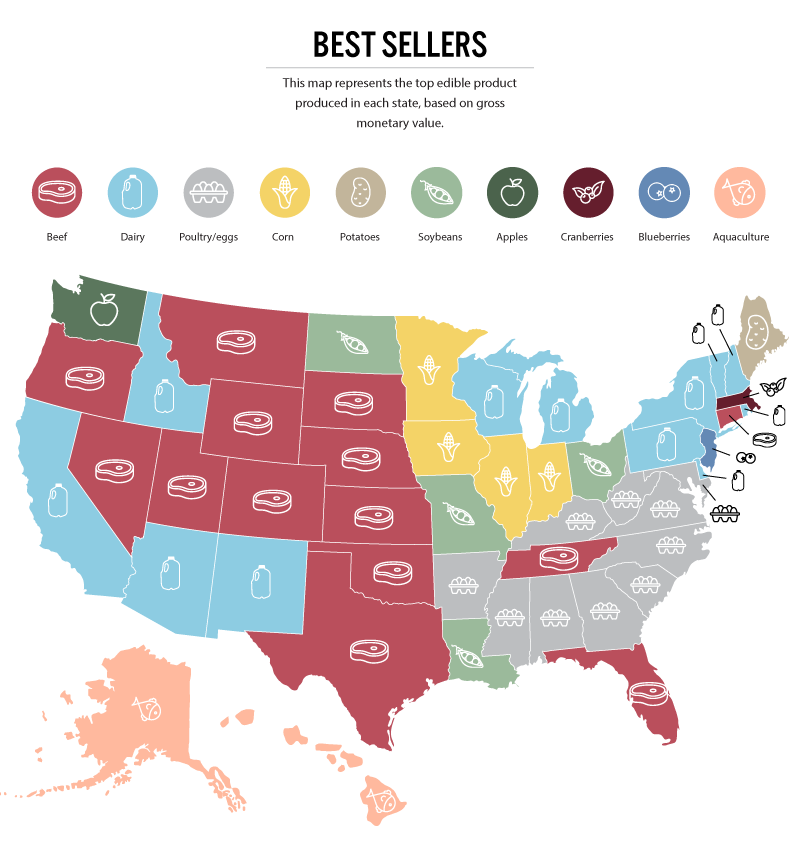 A detailed look at all the data for each state is available below: